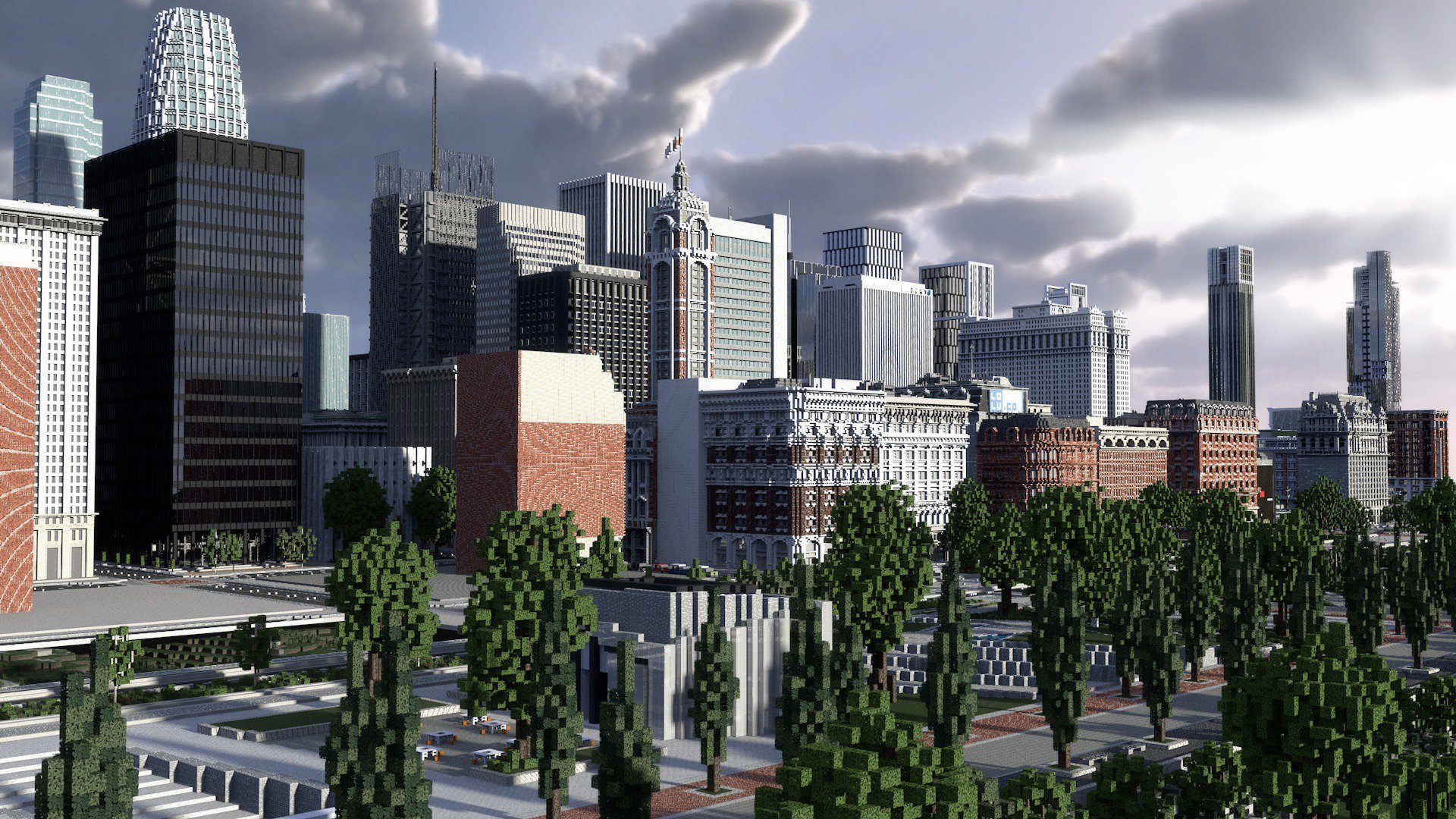 Every month I’ll be nominating a server for the ‘Server of the Month’ award to show you guys some of the best servers out there!

And of course you can also post any suggestions for the NEXT Server of the Month below in the comments!

This month’s winner is a creative server like no other, Architects MC!

Architects MC is a collaborative community focused on only one thing, quality. We live and strive to create the most stunning architectural works of art that you will have ever seen.

Architects MC, owned by Minecraft player Officialmce, is not just a server, but a community of professional Minecraft builders. They get together and make amazing builds, some of which you can see in the pictures below. They have a friendly, helpful community who can help you become a great builder, and together they built some of the best Minecraft cities ever such as Clermont, Aspen, Brighton and many more.

Their spawn, the Arcology, is also pretty impressive, being at over a 1000 blocks in length… That’s way bigger than your average spawn! Even their plots are giant, which is another good thing, especially for keen builders. They also have their own texture pack, which you’ll need to download when playing there. The builds will look pretty weird without it! It doesn’t shut down practically at all too, meaning tons of time for you to build. The only thing stopping you is your imagination!

Overall, I think this server is a great hangout for builders of all styles and ages. Having played there myself, I do admire the time and effort that’s been put into making some of the builds there. And it’s because of those things that this impressive server deserves more people to be playing on it, with only about 6-10 people on at the same time. But more than that, it deserves the Server of the Month award more than any other server this month!

Update note: It’s no longer a place for builders only – survival has now been added too!!