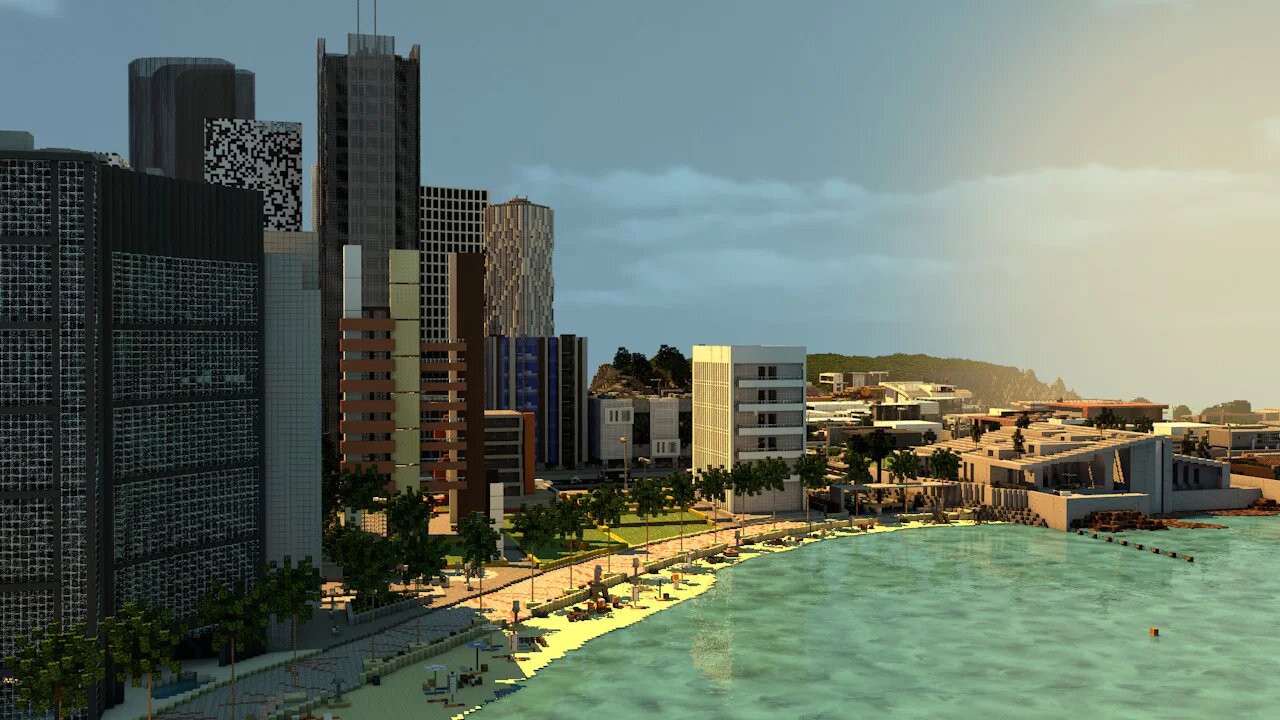 Every month I’ll be nominating a server for the ‘Server of the Month’ award to show you guys some of the best servers out there!

And of course you can also post any suggestions for the NEXT Server of the Month below in the comments!

And this months winner is, once again, a creative server – Cubed Creative!

The Cubed Creative server is like no other creative server. Founded by Minecraft player Fallrise and owned by Aequotis and RezzedUp, its similar but different to other servers of its kind. It has the usual not-too-big plots and breathtaking cities, but the skill level of their builders is just amazing. They care about their work, adding detail and quality wherever they can. The level of realism in their cities is outstanding. They think about everything, from big skyscrapers and small townhouses to cars, trams, planes and much more. Some of the best examples of what they can do are cities such as Westpoint, Vancouver and Isona.

They too, just like last month’s server, have their own very creative texture pack. Their spawn is magnificent too, with a full-on underwater scene full of water creatures, a mermaid and even an underwater palace! You can explore forever! Although it has a few tiny downsides. Firstly, it does have high expectations, but if you can fulfil them, you might go pretty far and became a professional builder, if you’re not one already. Another issue is that the server does restart once per day, but it’s a small problem since it goes back up after a few minutes. Other than that, it is a pretty good server for keen builders or skilled amateurs – but whichever one you are, you’re sure to enjoy your stay on Cubed!

In conclusion this server is an innovative oasis of breathtaking builds, and with plenty of styles and detail there’s something for everyone. After playing there myself I can confirm what I said earlier – it’s is similar but different to others of its kind. Never judge a book by its cover – this server has plenty of secrets yet to be discovered, and plenty of things yet to be built. With new people joining and contributing to the Cubed community every day, new, more creative builds are created every day. From bustling cities and busy roads to calm little neighbourhoods, from fantasy landscapes and giant statues to small parks and fountains, anything is possible in Minecraft. Because as they say, only the sky is the limit!