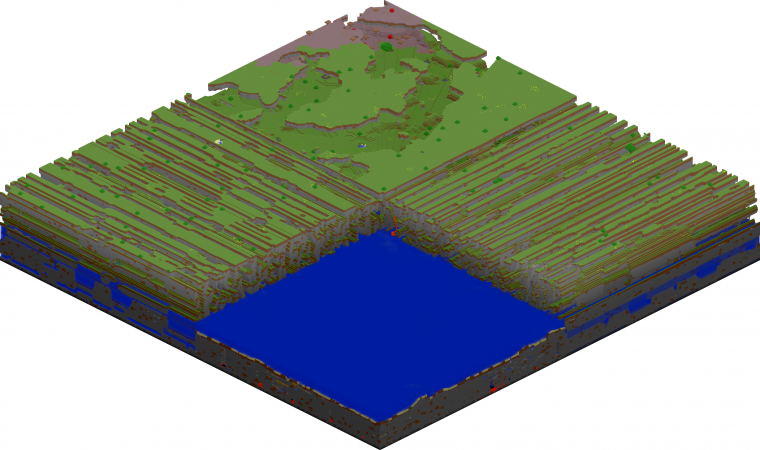 The far lands are 12 MILLION blocks out (12,550,821) and cannot realistically be reached without cheating by any sane person. But people are trying and have done it.

The far lands were caused by a world generation bug in InfDev (the update that added “infinite” world size). The world generation breaks down the further you go from spawn, creating lag and glitched terrain such as the infamous far lands. They were removed after Beta 1.7.3 on 12th September 2011.

The players mentioned below use Minecraft Beta 1.7.3.

He dedicated himself full time to the task and was the first to reach the far lands legitimately. Upon arrival, a $10,000 donation was awarded to him by Notch for his efforts.

Far Lands or Bust with KurtJMac

Unlike KilloCrazyMan, KurtJMac walks an hour or so a week in his spare time. He keeps a pet dog and stops to mine out and build monuments at major milestones. He streams his walk live on Twitch.

The whole series seems to have started out as a normal Minecraft let’s play. In episode 1, KurtJMac explains what Minecraft is, gathers basic resources and mentions he “shouldn’t wander too far out” of spawn in case he dies. If only he knew just how far out he’d wander out…

Commands that would allow you to teleport to the far lands were NOT available while the far lands existed. However, a multiplayer server on beta 1.7.3 allows access to the teleport command to get there. It is recommended to go NEAR the far lands first to prevent the massive lag spike at the far lands.

Programs such as the MCEdit world editor can be used to modify the coordinates of a player.

The level.dat file is created for every world and defines things like player coordinates, weather, time and world name. You can use a text editor like Notepad++ to change your location to near the far lands.

There are mods that add the far lands back to newer versions of Minecraft (after Beta 1.7.3).