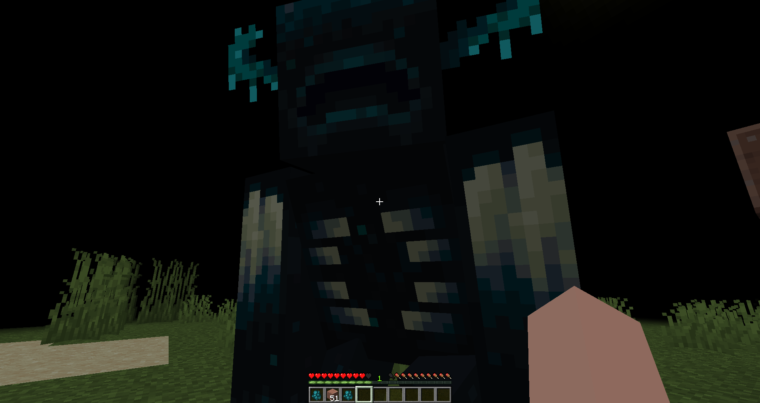 Today (17th Feb 2022) marks the release of the first official snapshot for Minecraft 1.19, AKA the Wild Update! From the Minecraft Wiki, it promises to add ” “scary things” and nature. It notably introduces the deep dark biome and many different forms of fauna and flora to the Overworld, as well as adding onto the atmosphere and immersion of the game.”

First look at the Warden

Scroll below for stats. Open images in new tab for large size.

This thing is an absolute TANK. It comes with 500 health points (250 hearts), one-hit-kill attacks, a height of 3 blocks, and its own new biome. If you thought the iron golem was tough, think again – because the village guard is nothing compared to the Warden. Actually, scrap that. The enderdragon comes with 200 health points – the Warden has over double that!

Naturally, the Warden spawns in the Ancient Cities of the new Deep Dark biome. It is summoned by noise picked up through the new sculk sensors and shriekers. Being near the Warden gives a unique form of wavering blindness that greatly limits visibility and lasts as long as you are in range of the boss.

Once provoked, the Warden will throw back its hands and shriek at the player, before charging at high speed. And from that point, your only hope is to evade its attacks and take the time to deplete its health – because hand to hand combat is suicide.

Visually, The Warden seems covered in armor reminiscent of the End, or the Darkness it represents. It glows a dark blue, and it’s heart(?) pulses red in unison with its body when it takes damage. When not attacking, the Warden slowly wanders around on its two strong hands, much like a gorilla.

I’ve installed the snapshot and done some testing in-game, and noted the stats below. My only question is, why doesn’t thing thing have a boss bar?! It makes full netherite gear seem like a joke, to say the least.

The sights and sounds

The snapshot is incredibly immersive – from the echoing sounds and unique blinding effect to detailed visuals, structures and textures. It adds some much needed depth, which makes a real impact on the gameplay. If more is to come, then The Wild Update is looking incredibly promising so far! (Frogs!)

Other additions so far