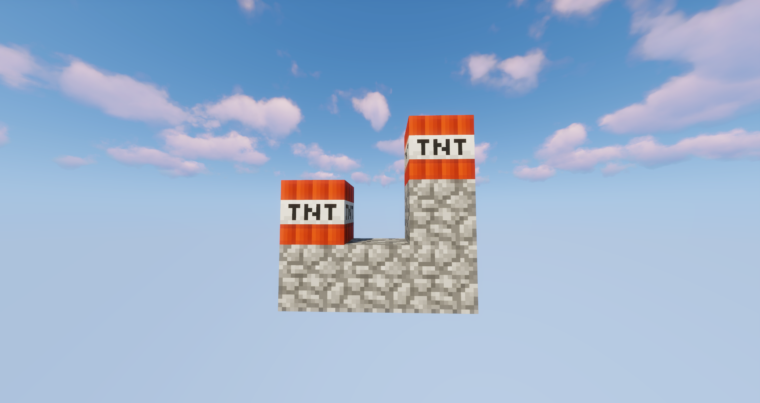 This has to be the simplest possible TNT cannon you can build in the game! It’s definitely nothing fancy and has a short range, but is quick to set up for a surprise attack or some creative fun. This post shows you the basic idea and variations.

Ignore this section if you get the idea from the pictures below!

Only TNT and 4 blocks of obsidian are needed! You can use any other block (like cobble stone) instead, but you’ll have to quickly rebuild the cannon after each use.

While this cannon has a short range, its quick and easy to set up and uses little materials. Try placing the cannon higher for a longer range. And the cannon is easy to move or edit – below are some examples of TNT cannons you can make to hit diagonal targets, or shoot multiple TNT!