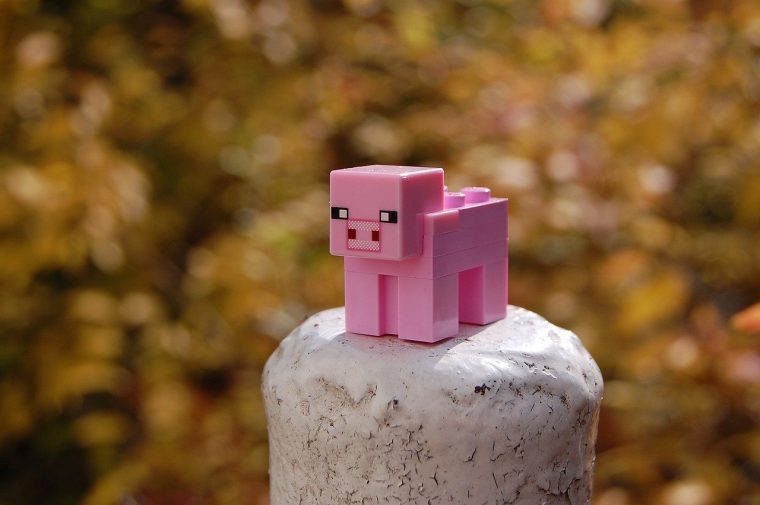 Kristoffer Zetterstand made every single one of the 26 paintings used in the game. He is a surreal experiemental artist and combines oil painting, photography, computer generated video game worlds and more to make his art. To see the original paintings, comparisons and other info, see these links:

Players are trying to uncover lore of discs

“There is one more detail I’ve found in the past few days which I think might be worth mentioning here. As per the minecraft wiki and C418’s bandcamp, the official track description for 13 on Minecraft – Volume Alpha is “no human was harmed in the making of this recording.”

The latest Minecraft update 1.19 added Disc 5, which has people making all sorts of theories about the deep dark, warden, end cities and new dimensions. Talking of the warden:

The original warden design was nightmare

Mojang has released concept art for the Wardens development. The original Warden was going to be called the Stalker or the Hollowed. Among the many proposed designs, there is the pinkish tryophobia triggering Warden filled with holes and sharp teeth. [Tryophobia is the fear of clusters of holes.]

Other designs include; An illager or mage themed Warden. A wither themed Warden. A fantasy 1.18-style wildlife Warden. A pitch black or end-portal-themed faceless Warden. However, a common theme in every design seems to be sound (e.g. ear design) and the fact that the Warden is blind.

A wet sponge is the heaviest ingame item

“A sponge can absorb 65 blocks of water before it becomes a wet sponge. 1 cubic meter of water weighs roughly 1000 kg so a wet sponge block has 65000 kg of water. Making it more than 3 times heavier than a gold block that weighs 19300 kg.”

Cobblestone is one of the oldest blocks added to Minecraft in the first Alpha versions made by Notch in 2009. The original cobblestone texture was taken from Rugy Dung, a previous unpublished project by Notch and looked like the image below. It was quickly changed before the Classic release (still 2009).