Creative blog for all things Minecraft 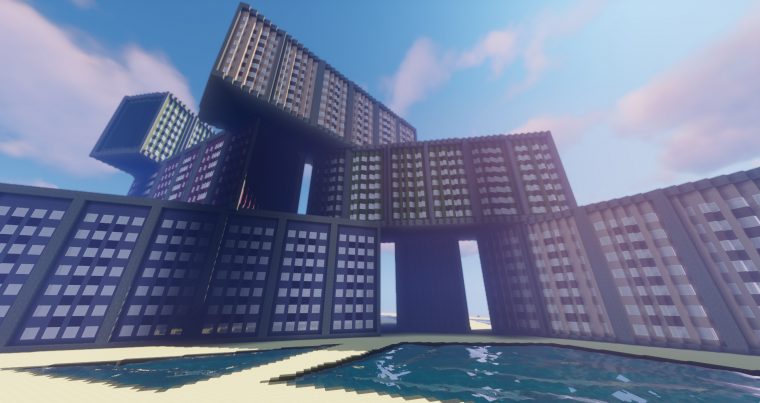 This is a quick experiment of mine. An apartment complex made from stacked blocks (made from even smaller Minecraft blocks!), inspired by the Interlace by architect Ole Scheeren. The post gives a quick overview of the project and how I made it with simple commands. On second thought, this is like a more Soviet version of the Interlace, but meh.

Above is essentially the only thing I build for this project! This simple cuboid apartment served as the base for the project. I then used a few basic commands to create the building block for the apartment complex.

This part mainly involved copying and rotating to turn a boring building block into an impressive stacked complex. Depending on the amount of copying and refining done, this build could potentially have been made much bigger! Build time is around an hour. The general commands used;