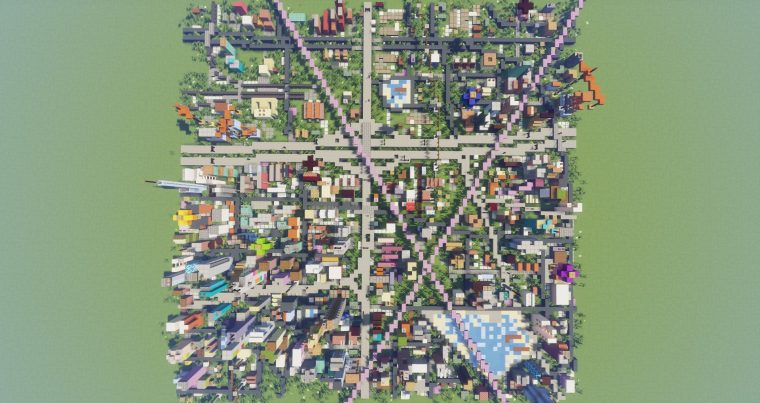 Another random creative build, but now on a micro scale! This 100 by 100 block micro city offers everything for the urban explorer. From roads to buildings of all shapes and sizes, solar farms, train station and even hot air balloons!

Most of what you see was build by hand, with little use of World Edit. In general, the city contains everything and nothing. Order and chaos. Simple shapes coming together to make a rough whole. Nothing ultra realistic on closer inspection, but pretty amazing never the less! There are skyscrapers, apartment blocks, homes, lakes, construction sites with cranes, and more. Vehicles are helicopters, hot air balloons and a plane. Enjoy the build!

DISCLAIMER: I’m not a town planner, in case I messed up!