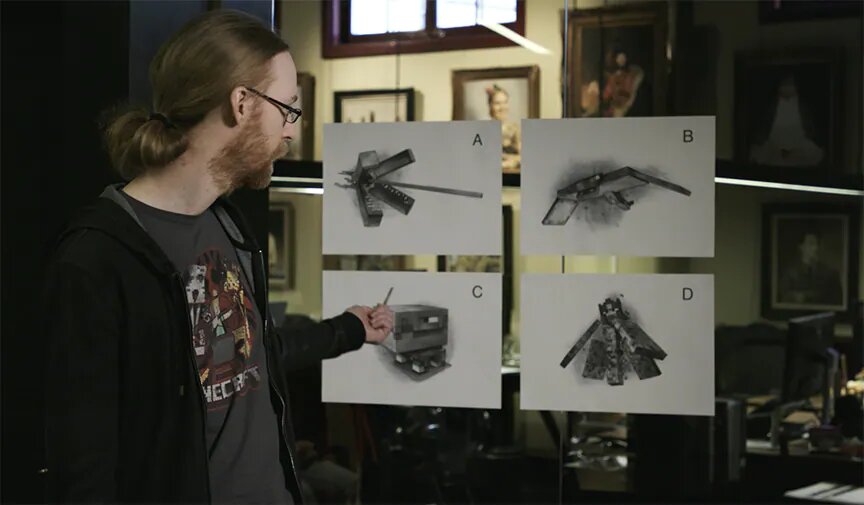 Image above. The squid-like “Moster of the ocean depths” would suck players down to the ocean depths with its tenticle. This mob vote happened before the UPDATE AQUATIC, so this mob would have added something to the empty oceans.

Image above. A large-headed lizard creature that camouflages itself in the ground and consumes mobs and items with its large mouth. It was mentioned that players may be able to use this mob to remove enchantments. The 1.14 grindstone does this now.

Image above. The “Hovering inferno” would have been a large blaze with a crown-like head, like a king of blazes. Where a normal blaze has the flying “sticks” around it, the Wildfire would have shield-like body parts. A shockwave attack was planned for it.

This mob was meant to be added to the “Flames of the Nether” DLC in Minecraft Dungeons, but only a statue of it was added. The Wildfire later appeared in a Dungeons seasonal adventure.

Image above. Originally appeared in the discontinued Minecraft Earth. These yellow buttercup-themed cows would appear alongside buttercup flowers in flower fields. It was planned that they somehow interact with bees, such as making honey production faster.

Image above. Originally appeared in the discontinued Minecraft Earth. This new type of cape-wearing hostile villager would spawn in cold biomes and hurl snow at the player. Instead of the Iceologer, we got powdered snow and death from frostbite in 1.18…

Image above. This mob vote has small options! The Glare would have been a ghost-like mob, seemingly themed like the 1.18 Wild Update. It would have alerted players to dark areas of their world/base where hostile mobs could spawn. So it possibly could be tamed.

Image above. Robot-like mob themed like 1.17 copper. It would have been added alongside copper buttons and would be attracted to them. The Copper Golem would slowly rust into a statue unless struck by lightning or “unrusted” with an axe. (New pet?)