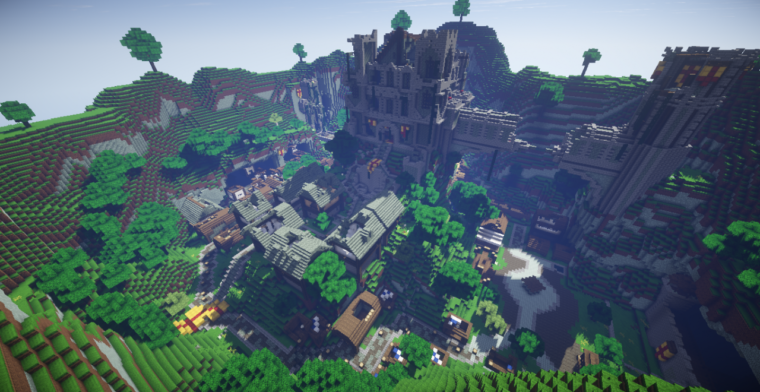 The King recalls the night his prospering kingdom fell to the mobs after Herobrine sabotaged the castle dungeons, and the King was seperated from his son and his dying wife.

TAKE BACK THE NIGHT

The Prince is taken from the kingdoms ruins to live with the Villagers, where he trains with a Master and later fulfills his prophecy by defeating Herobrine in revenge for the Masters death.

The Prince sets off and reunites with his father in the kingdoms ruins, defeating a Wither on the way, which was spawned by the Pigmen who later steal the nether star.

ENDING CUTSCENE – the Pigmen use the nether star to active a super mech in the Nether.

The Pigmen go to war with the Overworld – their super mech is disabled by the King on a tamed Ender dragon, and the Prince sarcrifices his life to blow up the Nether kingdom, disabling their army.

ENDING CUTSCENE – the Kings kingdom is being rebuilt, as he pays tribute to his wife and sons graves.

1 thought on “Fallen Kingdom plot summary in one sentence”

A creative fan site to dump Minecraft projects, thoughts and screenshots. Set up in 2017 and updated occasionally with a variety of posts. Photos and shots by me unless stated otherwise.